"The Witch of Prague and Other Stories" 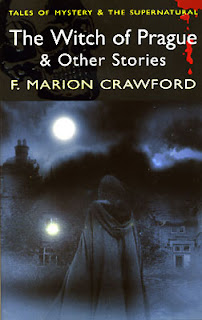 In his introduction to “The Witch of Prague and other Stories” (a volume in the Wordsworth Tales of Mystery and the Supernatural series) David Stuart Davies presents us with a mystery:

“During his lifetime Francis Marion Crawford (1854 - 1909) … [was] one of the most popular and commercially successful authors of his day. Yet strangely, quite soon after his death … [he] became a forgotten writer and there seems to be no logical reason for the evaporation of interest in this skilled author.”

Well, after working my way through the 300 page novel that forms the centrepiece of this collection, I feel I am on my way to solving this mystery.

Despite the originality of its conception, some interesting characterisation and an atmospheric, if sketchily realised, setting, the “classic of occult fiction” (as Dennis Wheatley, who presented a previous paperback edition in 1974, dubbed it) has several fatal flaws. Tedious purple passages full of rambling conjecture slow the action to the pace of a charnel worm and Crawford’s over-reliance on conventional plot contrivances such as unlikely coincidences and “love at first sight” undermine “the suspension of disbelief”, bogging the novel down in clichés. Overall, the modern reader is likely to feel crushed by the dead weight of Victorian Romanticism.

This is a pity, because at root, “The Witch of Prague” is an intriguing attempt at speculative fiction, largely inspired by the new science of hypnotism. In his exploration of this topic, Crawford rejects the “animal magnetism” theories of Mesmer and adopts an explanation based on “moral” influence. His central character, the beautiful but capricious Unorna, possesses hypnotic powers that she (and others) can’t help attributing to “superstitious” causes, hence her reputation as “the witch”.

Materialistic and reductionist science is caricatured in the bizarre figure of Keyork Arabian, an aged dwarf whose obsession with extending his own life leads to grotesque experiments with both living and dead subjects. The description of his Frankenstein-like chamber of horrors, full of dismembered remains and semi-revivified specimens, provides one of the most straightforwardly Gothic and enjoyable sections of the novel:

“Here a group of South Americans, found dried in the hollow of an ancient tree, had been restored almost to the likeness of life, and were apparently engaged in a lively dispute over the remains of a meal – as cold as themselves and as human. There, towered the standing body of an African, leaning upon a knotted club, fierce, grinning, lacking only sight in the sunken 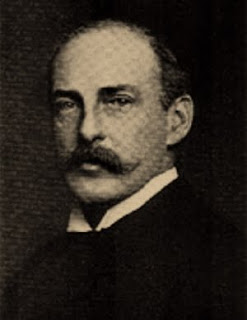 eyes to be terrible. There again, surmounting a lay figure wrapped in rich stuffs, smiled the calm and gentle face of a Malayan lady, decapitated for her sins, so marvellously preserved that the soft dark eyes still looked out from beneath the heavy, half-drooping lids, and the full lips, still richly coloured, parted a little to show the ivory teeth. Other sights there were, more ghastly still…”

Arabian’s self-centred quest for physical immortality throws him into an alliance of convenience with Unorna, whose skills are essential for his most sinister project; maintaining a centenarian in a state of hypnotic suspended animation pending rejuvenation via non-consensual blood transfusions from her young Jewish suitor, Israel Kafka (also kept hypnotised throughout the week-long procedure).

The main story is driven by Unorna’s abuse of her powers in advancing her unrequited passion for the mysterious, unnamed “Wanderer”. He in turn is single-mindedly engaged in tracking down his own long-lost love, Beatrice, in pursuit of whom he has travelled the globe before sighting her in a Prague church. Unorna’s egocentric ways (exacerbated by Arabian’s amoral tuition) eventually lead her to a state of moral crisis which precipitates the novel’s melodramatic conclusion.

A subplot concerns the fate of Israel Kafka, whose one-sided adoration of Unorna ironically mirrors her own predicament. Unfortunately, the novel’s portrayal of Prague’s Jewish community falls back on anti-Semitic stereotypes that still find favour among Far-Right and “Anti-Zionist” conspiracy theorists;

“…Israel sits, as a great spider in the midst of a dark web, dominating the whole capital with his eagle’s glance and weaving the destiny of the Bohemian people to suit his intricate speculations. For throughout the length and breadth of Slavonic and German Austria the Jew rules and rules alone.”

At one remarkably queasy point, Unorna, out of sadistic pique, places Kafka in a hypnotic trance and forces him to relive the life and death of Simon Abeles, a young Jewish apostate who (according to the Jesuit John Eder’s miracle-ridden account) was martyred by his father and an evil rabbi for converting to Christianity.

Crawford’s Prague is a spectrally foggy and frozen place of Gothic churches and deserted graveyards, a far cry from the stag party capital of today. This archetypal Mitteleuropean city seems to be more of a state of mind than a geographical location, and its icy gloom contrasts with the warmth of the tropical conserva 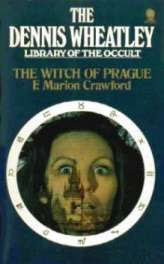 tory in which Unorna receives her visitors. The fact that the unnamed protagonist is referred to simply as “The Wanderer” adds to the feeling that we are reading some kind of psychological allegory.

David Stuart Davies reports that Crawford was in poor health when he drafted the novel, and its long, rambling passages certainly reveal some dark meditations that have scant relevance to the plot. These digressions try the reader’s patience and ultimately stifle any enjoyment or interest in the story. In contrast to Dennis Wheatley’s praise of the novel’s “fascinating reading” and the author’s “penetrating analysis of the powers of the human mind”, an Amazon reviewer wickedly hits the spot:

“If ruthlessly edited, it might have made a passable short story itself, but the melodramatic gothic tale goes on and on and on, padded out by relentless swathes of descriptive prose, philosophical treatises on life, love, romance, and a million other concepts, and bosom-heaving twaddle.”

If Crawford is remembered today, it is for a much-anthologised pair of short stories that have become classics. “For the Blood is the Life”, described by Basil Copper in his study of The Vampire: In Legend, Fact and Art as “one of the most original and unusual essays in the genre” is the tragic tale of Cristina, a murdered girl who returns to vampirise her lover, “he knew that her lips were red … and that she was dead”. Full of pathos and eroticism, the story is particularly memorable for its sun-drenched Italian setting.

“The Upper Berth”, lauded by H. P. Lovecraft as “one of the most tremendous horror stories in all literature” is the account of a haunted cabin aboard an Atlantic crossing. Its realistic setting, first-person immediacy and the narrator’s initial scepticism make its unexplained supernatural terrors all the more ghastly.

“The Screaming Skull” is inspired by a “real” 17th Century legend concerning a skull reserved at Bettiscombe Manor in Dorset. It is an effectively scary tale, narrated in the cantankerous persona of a retired sea captain. It was filmed in 1958 and the movie was promoted with the gimmick of a free funeral for anyone scared to death during a screening. There is no record of any takers! It also seems likely that the story was an influence on Robert Bloch’s 1945 Weird Tales contribution “The Skull of the Marquis de Sade”. This was far more effectively filmed by Amicus in 1965 as “The Skull”, featuring the immortal combination of Christopher Lee and Peter Cushing.

From the rest of the stories, “The Dead Smile” is the purest Gothic, full of dark family secrets and mouldering crypts; “The Doll’s Ghost is a Dickens-like exercise in sentimentalism; “Man Overboard!” is a seafaring ghost story featuring identical twin, marred by an excess of nautical terminology; “By the Waters of Paradise” is a Gothic romance and “The King’s Messenger” is a tale of premonition. 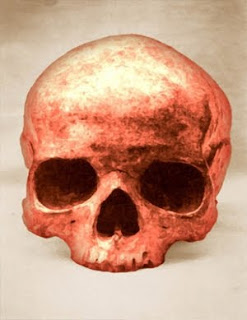 The Wordsworth Editions Tales of Mystery and the Supernatural series is a bargain-priced set of volumes from the publisher which launched the “£1 Classic” back in 1992. Retailing at under £3, the series contains some obscure works that would otherwise only be available in expensive small-press editions, alongside better-known works by Dennis Wheatley, H. P. Lovecraft and Robert E. Howard (including the “The Right Hand of Doom”, the only British edition of Howard’s original Solomon Kane stories).

I found this very interesting. You're essays are exposing me to lots of things I should know about or should otherwise read (or view). Keep them coming!