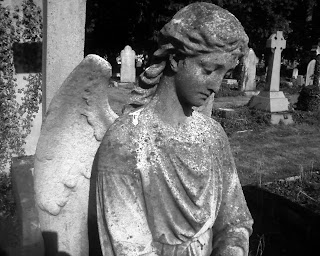 Portsmouth in December 1945 was a brave but war-ravaged city. Although Hitler’s bombs had destroyed buildings and blown apart bodies, he had never succeeded in breaking the proud naval port’s spirit. Now its people were getting on with rebuilding their lives.

These thoughts crossed my mind as I left Fratton station. I had not been back to Portsmouth since before the war, but I knew what to expect. Coming down from London, it wasn’t such a shock; we had all learned to live with bombsites. What made me nervous was learning of the human devastation. Portsmouth had suffered heavy casualties and there were bound to be friends I would never see again.

I had two hours to spare before my cousin Reg knocked off from his job at the dockyard. I was grateful to him for inviting me down to spend Christmas with him and his wife. With my parents moved away, he was my sole family connection with the city I had grown up in.

I decided to stop off in the Nell Gwynne for a beer. Halfway through a pint of Brickwood’s, I spotted a familiar face; Vic Voller, an old schoolmate.

Vic and his brother Vince had lived in Orchard Road. They were twins, but not identical and had very different personalities. Vic was down-to-earth, while Vince was a dreamer, full of strange ideas and interests.

One night after the pub he took a bunch of us ghost-hunting in Highland Road Cemetery. The only spirit we found was in the bottle of an old tramp propped up against a grave stone.

After twenty minutes football chat (Vic was never one to talk about himself), I was invited back for a cup of tea. Vic was still living in the same house, which had narrowly been missed early on in the Blitz.

I sat down in the tiny living room while Vic went to put the kettle on. There were no Christmas decorations and everything looked dusty. It seemed like the twins’ old mother had passed away during the war.

“I’ve remembered what I went out for; a bottle of milk!” Vic stuck his head around the door. “I’ll just nip round and get some – won’t be a minute.”

I reflected on how things had changed. Physically, Vic seemed much the same, but there was something different about him. Sadness. Perhaps it was the loss of his mother or something else he had experienced. The war left scars on everyone.

Lost in thought, I was startled to see a figure in the doorframe, standing in the passage. I hadn’t heard the front door open and it came as a jolt to see someone staring. Then I realised it wasn’t Vic, it was his brother Vince.

Vince must have been in the house all along, sleeping upstairs. This would explain why Vic hadn’t disturbed him when we came in. He didn’t look well, quite ashen in fact, but he smiled when he saw that I’d noticed him.

I had always got on well with Vince. He was easy to talk to, always keen to find out what I thought about his latest hare-brained theory.

“Hello Vince”, I said “It’s great to see you! How are things going?” Then, remembering our drunken antics together, I added “How’s the ghost-hunting?”

Despite his poorly appearance, Vince’s eyes lit up. “Oh you wouldn’t believe it, Geoff; I’ve found out incredible things! I was playing around before the war, but I know much more about the subject now.”

This wasn’t the response I had expected, but Vince was obviously keen to expand. “What have you been up to?” I asked.

“I’ve met people in touch with the Other Side”, he said, “Do you know about Helen Duncan?” 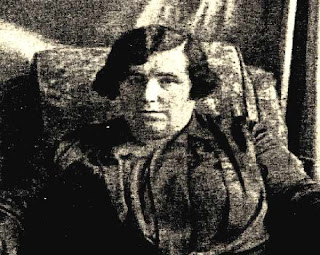 I suppressed a grin. Everyone had heard about Helen Duncan. A Spiritualist Medium from Scotland, she had been convicted in 1944 under Britain’s ancient Witchcraft Law.

Many argued that Mrs. Duncan had been unfairly persecuted. It was rumoured that the real reason she had been locked up was wartime security. At a séance in Portsmouth, she had been contacted by the spirit of a dead sailor from HMS Barham. The loss of this Portsmouth-based ship, with nearly 900 lives, had been an official secret at the time.

The authorities, it was claimed, were worried that a German spy might attend one of Mrs. Duncan’s séances and obtain classified information from the Spirit World.

From what I had heard, however, the true story was not so exciting.

“Oh yes”, I answered, “I know about Helen Duncan. One of my journalist friends covered her trial at the Old Bailey. But, you know, he was not impressed. He says she was arrested simply because the police were fed up with her taking money from the bereaved.

“You know, she had already been convicted of fraud in Scotland and exposed as a fake.”

I regretted those words instantly; I could see from his face that Vince was angry. “Well”, he hissed, “You can tell your friend he is wrong. Nell Duncan is a good woman. I was at the séance in Copnor and, trust me, I know she is genuine. Nell Duncan is no witch and she is certainly not a fraud!”

With this he turned around and left the doorway. I felt rotten for upsetting him. It seemed his belief in the after-life was something he was hanging on to. This is what suffering and loss did to people. How could I be so insensitive?

Just then the front door opened and Vic appeared, clutching a bottle of milk. I followed him through to the kitchen.

A dark look entered Vic’s eyes, and his gaze went down to the kettle.

“Look, Geoff. I haven’t told you about Vince.”

Vic turned and lifted his eyes to meet mine. 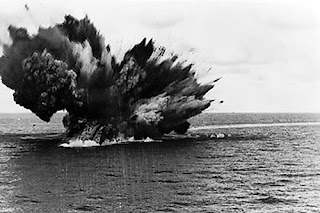 Posted by Antony Trepniak at 10:11 No comments: